Home > Blog > The Return of the Drive-In

The Return of the Drive-In

The 400 Drive-In. Photo by Sandro Nunziato.

My dad took this photo of The 400 Drive-In marquis back in the fall of 1997 around the time that it was being shut down for good. One of the more popular drive-ins in York Region, The 400 Drive-In was located on Highway 400 and Highway 7 in Vaughan. It opened in 1954 with a single screen and later expanded to its famous three-screen lot in 1978 accommodating up to 1,350 cars at capacity.

Today, the site where The 400 Drive-In once stood has been replaced by the Famous Players Colossus movie theatre. It’s hard to imagine that the UFO-shaped movie theatre I grew up going to with my friends was once a drive-in lot that my parents and their friends used to frequent with their old station wagons and hot rods every Friday or Saturday night.

Even though I love the immersive movie theatre experience—with 3D glasses, reclining seats, and overwhelming sound effects—I can’t help but think about the experience that was lost with the decline of the drive-in. The drive-in offered sweet simplicity: a chance for friends and families to enjoy being outdoors together without being hushed or forced to sit uncomfortably in movie theatre seats. “It was a beautiful, family-oriented gathering and you really just had a good time,” were the words my dad used as he passed the photo to me, and honestly, I don’t think there’s a more justified way to put it. 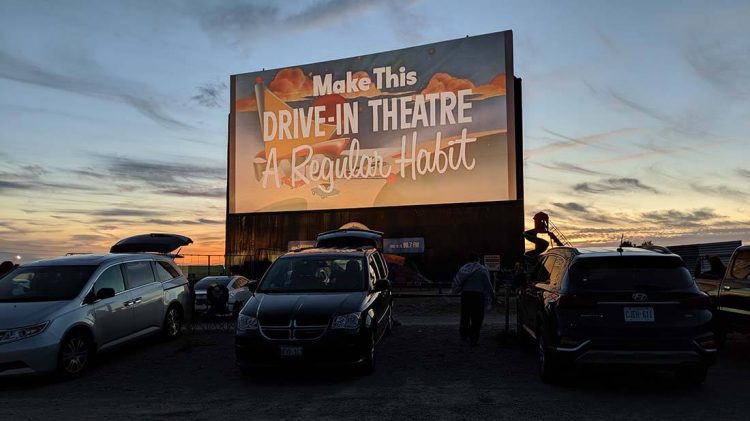 If, like my dad, the photo brought back memories of packing up a car full of pillows, blankets, and popcorn and piling into your friend’s trunk to save money on entrance fees, then hearing that drive-ins are making a comeback is sure to make your ears perk up. While drive-ins never actually left us—with several still open across Ontario and even within York Region—many factors have played into its recent increase in popularity. For one, drive-ins offer a safe and socially distanced activity for you and those within your social bubble to enjoy after months of quarantining. Along with this, drive-ins provide that feeling of going back in time, sitting out in your car under the stars munching on a buttery bag of popcorn with the cool breeze passing through your half-open windows.

If you’re like me and long for the nostalgic drive-in experience today, drive-ins in York Region are open and ready when you are! One of the drive-ins that you absolutely have to check out is The Stardust Drive-In in Newmarket. 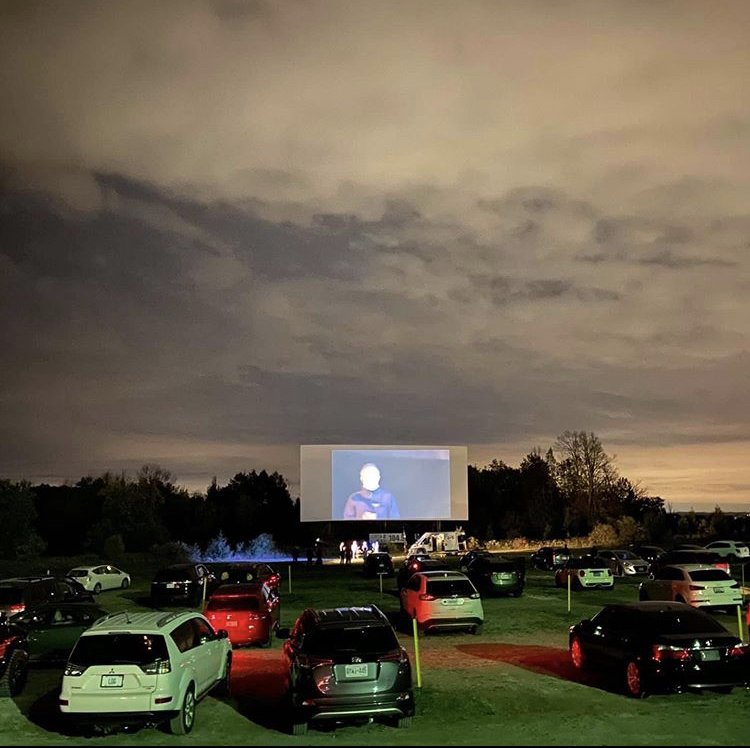 The Stardust Drive-In is proud to be a symbol of survival, a symbol of a returning trend of enjoying cinematic art in a fun environment surrounded by friends and family. Rather than be cooped up in a dark, crammed movie theatre, you get to watch movies under the stars in the comfort of your own vehicle.

The Stardust is made up of three digital screening lots, each playing an array of feature films each evening. Similar to experiences at The 400 Drive-In where people would have to arrive early to get a good spot in the line of cars that would accumulate down Highway 7, drive-ins like The Stardust also experience sold-out weekends if you don’t get your tickets fast enough.

If you want to have the whole drive-in movie experience, their famous Snack Bar serves a number of popular movie snacks from popcorn, pretzels, to funnel cakes. 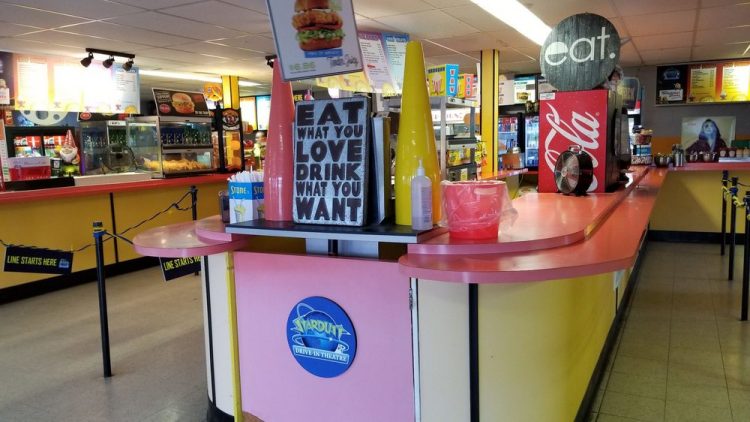 Photo by Jennifer K from Yelp

Drive-ins offer an opportunity to be part of a longstanding tradition of promoting movie night as a unique, family-centred activity. With cooler temperatures creeping in with the onset of the fall season, make sure you get to enjoy a night at the drive-in before they close for the year. Get your tickets today and support this wholesome enterprise in York Region that is bringing families together, even during the most trying of times.