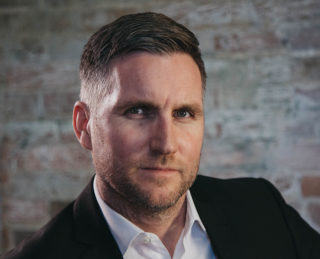 We are currently right in the thick of World Cup excitement, and with the recent news that Canada will be co-hosting the 2026 World Cup, Experience York Region was thrilled to have the opportunity to chat with Jimmy Brennan, co-owner of the brand new York 9 FC.

Jim Brennan hails from Newmarket and with 49 caps for Canada, and 275 games overseas, Jim’s career came full circle in 2006 when he came home to become Toronto FC’s first signing.

Throughout his career, Brennan was featured in Canada’s 2000 Gold Cup win, and earned his rightful spot in our country’s Soccer Hall of Fame. Despite climbing through the ranks of Bristol City and winning a division championship with Norwich, Jim’s most impressionable years were spent at the famous double European Cup Winning Nottingham Forest, where he learned the values instilled by legendary former manager, Brian Clough.

Today Brennan is embracing his new challenge; connecting club with community, while instilling a culture of excellence for York 9 FC. As the former assistant GM of Toronto FC, Jim began formulating his administration philosophies in the North American context.

Read on to learn more about the inspiration behind York 9 FC and the exciting things to come.

What inspired you to start The York 9FC?

Preben (Ganzhorn) and myself live in York Region, so the area is close to our hearts.
York has a growing population with a vast majority of immigrants that love the game of soccer.
Currently there are 15 clubs that have 50,000 registered youth players collectively, and a large number of players have come out of the local clubs to play Professionally, on a National Team or at University.
We saw the potential of all of this growth, and want to provide an opportunity for our local kids to play Pro in their own backyard.

What do you hope to achieve with The York 9FC?

The goal of the club is to embrace the local community – we want the community to know that this is their local pro team and we want our identity to reflect the people of the region.

What is the goal for this club?

The goal is to put a team on the field that York Region will be proud of – because we truly want to make this a community pro club. We want to be successful both on the field and off the field – building confidence, camaraderie and ability in our players.
Of course, as a pro club we want to win. We can’t wait for the day when we have 11 starting players from York Region!

What does York Region mean to you?

When I think of York Region, to me it means diversity and a community that is made up of forward-thinking, hard-working and successful people.

What is the importance of having a professional club based in York Region?

We hope that it will help in giving the people of York Region an Identity. When people from York Region travel, typically we say we are from Toronto. We hope people will wear York9 FC gear when they travel and tell people proudly that they are from York Region.

How will the club help enhance the identity of soccer in Canada?
As we continue to invest and build Pro Clubs across Canada from Halifax to Victoria – kids will have more opportunity to play beyond their teenage years.
As more kids are playing professional from the age of 18+ yrs old – the Head Coach for Team Canada will have more qualified players to select from and place a strong squad for international tournaments, such as the World Cup.
The better the players, the better the results for Team Canada in major tournaments, thus providing a “Soccer Nation” identity for Canada.

What does this team mean for local talent?

York 9 FC will give the local kids an opportunity to play professionally for their local pro club and fulfill their dreams of becoming a pro player in their own backyard.
We hope one day that the local talent will not only play for York 9 but also go on to represent Canada in a World Cup.

There are a number of exciting things in the works for York 9 FC in the coming years! We are working on a 12,000-15,000 seat soccer specific stadium. This would be absolutely fantastic for the area to be able to offer a facility to host games.

We work hard on making sure to maintain a great relationship with York Region Soccer Association and will continue to foster this partnership in the next few years and beyond, and work together developing local players.

In the future, we see York 9 FC having an Academy to support the team. And of course, we want to win championships!

To stay updated on future news and events hosted by York 9 FC, sign up for our E-Newsletter for monthly updates on Experience York Region!