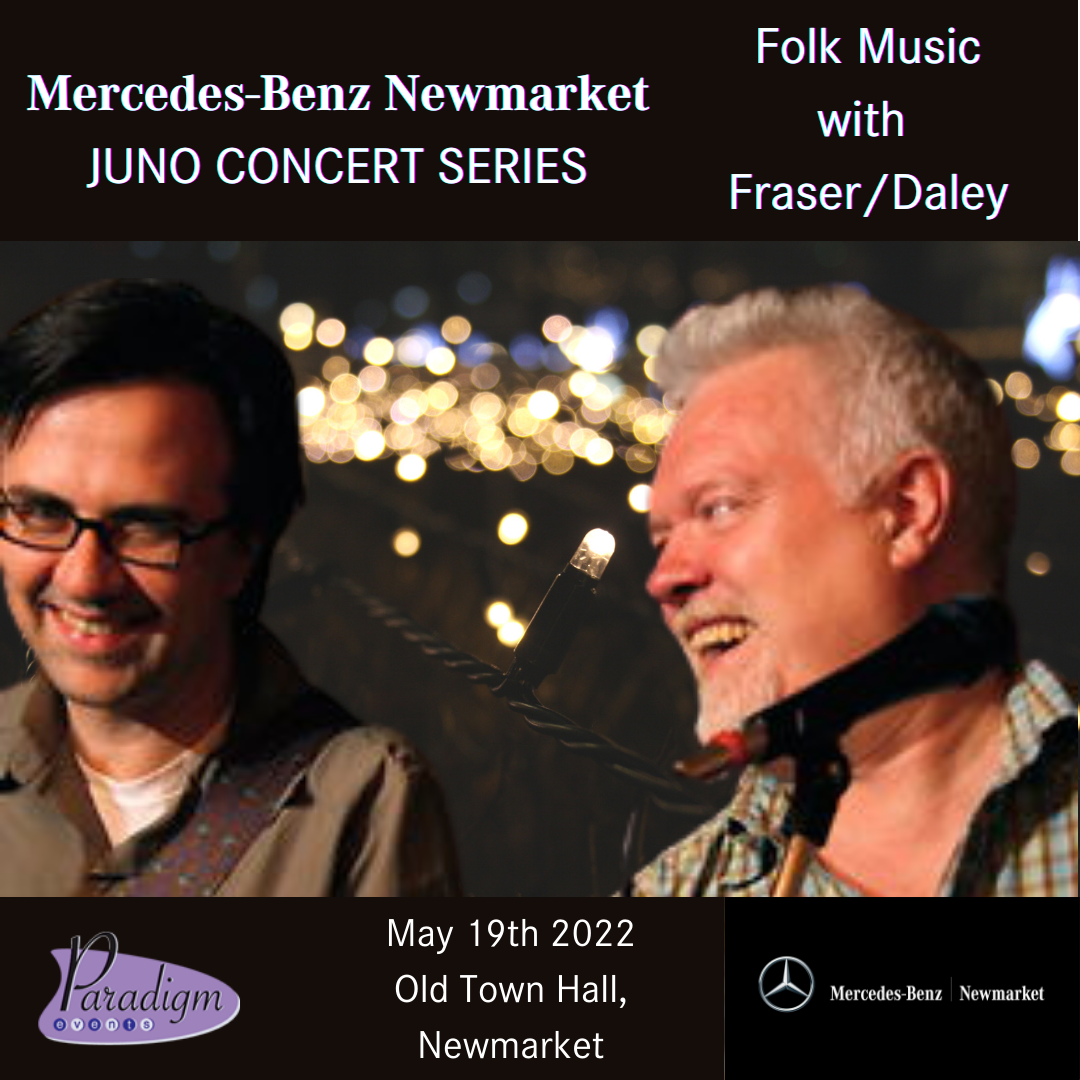 Join us for an exclusive concert series in the Old Town Hall in Newmarket, Ontario. On May 19th will kick off the concert series with an evening of classic folk hits by Juno Award winning Artists Alec Fraser & Mike Daley. Doors open at 6:00 PM. Two sets of musical performances will commence at 7:15pm. A cash bar and gourmet food offerings by Feed Me Fine Foods will be available for the duration of the evening.

Tickets are now available on sale!

Description of Artists
A popular concert and recording act for over 14 years, Toronto-based Fraser/Daley has released three CDs of original music and performed widely, consistently entertaining audiences with their large and varied repertoire, big sound and spontaneous sense of fun. Alec Fraser hails from Glasgow, Scotland and is a respected bassist and Juno and Maple Blues Award winner. Mike Daley was dubbed by Jeff Healey ‘one of Canada’s finest guitarists’ and has a long list of live and studio credits. Alec and Mike met while working in Healey’s touring band in the mid-2000s and found that they enjoyed singing together after the gig. In 2008 they began playing together regularly in Toronto as Alec perfected a unique bass-drums combination instrument that gives this duo the unmistakable sound of a trio. Their three albums, Fraser/Daley, The Whole Fam Damily and Fifty Miles of Elbow Room have garnered steady sales and strong airplay on blues and folk radio, and Alec and Mike have become sought after for their versatile performances, playing everything from intimate house concerts to street dances. Learn more at fraserdaley.com.