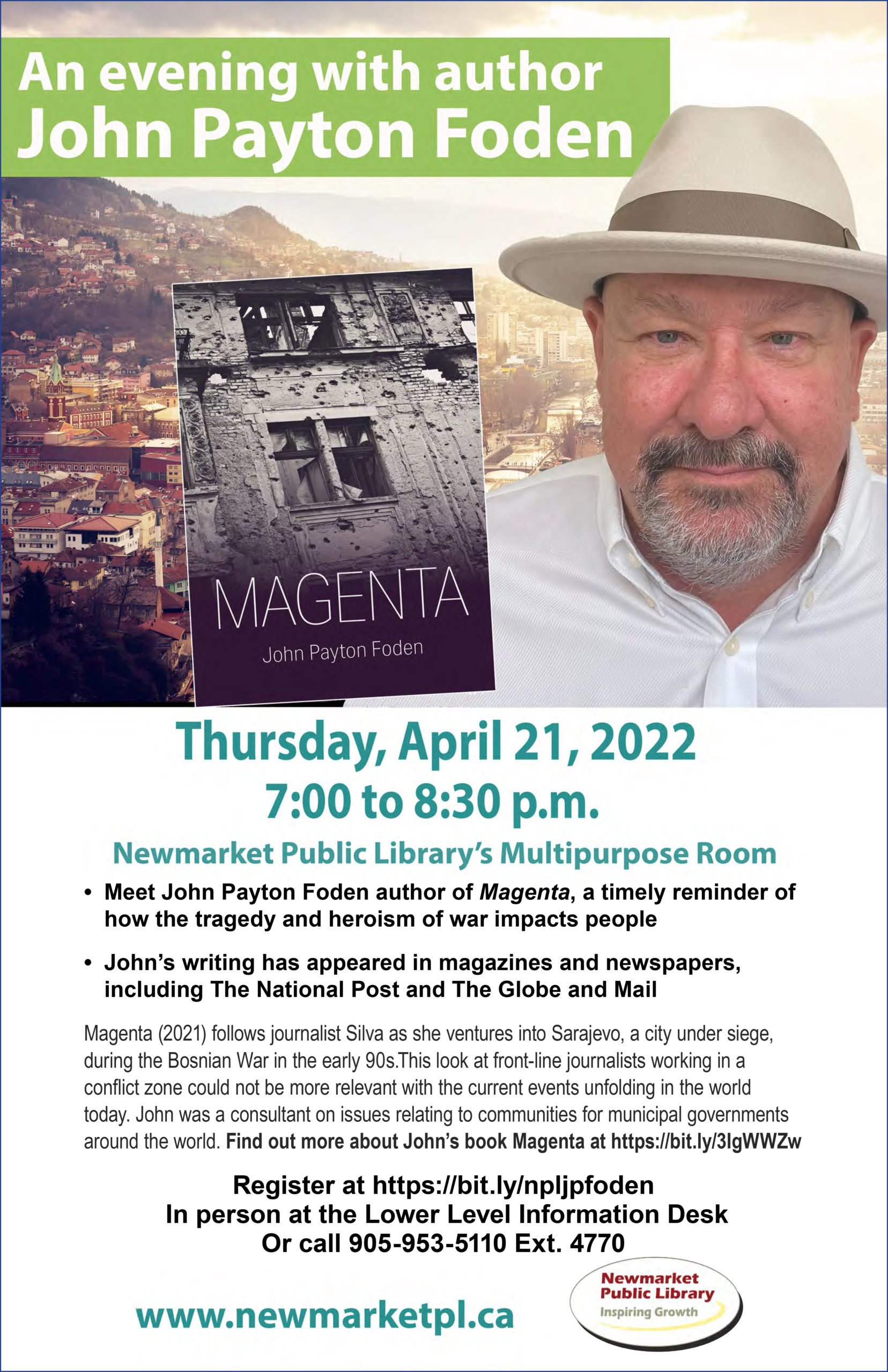 Join Newmarket Public Library with John Payton Foden, corporate advocate, government lobbyist and author of novel Magenta. Magenta follows a journalist, Silva, as she and her team make their way deep into a city under siege, in order to recover the body of an award-winning filmmaker killed in war-torn Sarajevo.

Foden’s articles have appeared in many publications, ranging from trade magazines to daily newspapers such as the National Post and the Globe and Mail. He has also provided issues commentary for broadcast media, including the CBC, CTV, Global, and Rogers, as well as local and national radio. His analysis of global and North American policy developments have been presented to federal, state, provincial, and municipal agencies, industry groups, professional organizations, and the general public. Our guest will answer your questions about his book as well as his approach and journey as a published author. Copies of Magenta are available to borrow from Newmarket Public Library to enjoy ahead of the event.