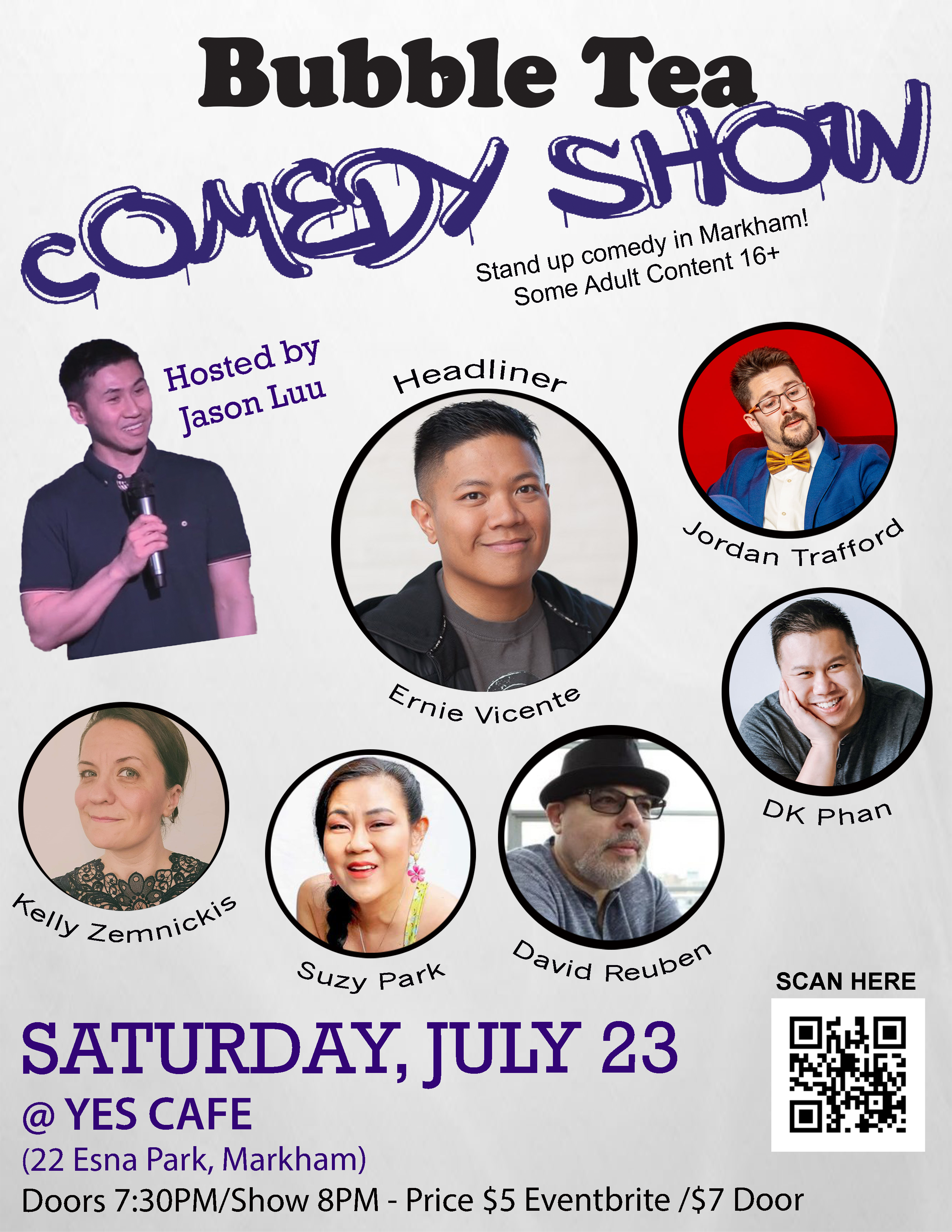 Description:
Make your Saturday evening even better by watching some hilarious local stand up comedians. We got 5 funny comedians and an awesome headliner for only $5 through eventbrite ($7 at door). You don’t need to drain you bank account to have fun! Fun friendly show with some adult content (16+).

Our line up for the evening:
Your Host: Jason Luu
Headliner: Ernie Vicente!
With his surreal observations and quick one-liners, Ernie has been entertaining audiences since 2008, starting at the world famous Yuk Yuk’s comedy club in Toronto. Since then he has performed in clubs such as Absolute Comedy, The Rivoli, The Second City, Yuk Yuk’s, The Corner Comedy Club, Montreal’s ComedyWorks, and more recently, various comedy clubs in Los Angeles, Laughs Unlimited in Sacramento, Catch a Rising Star (comedy clubs) in Reno, and Levity Live in New York City. In 2009, Ernie was a top 5 finalist in the Russell Peters’s BFF comedy contest. Then in 2010, he performed at Kenny Robinson (comedian)’s prestigious Nubian Disciples Show at Yuk Yuk’s Toronto. Ernie is looking forward to performing in front of audiences all across Canada, and then the world.