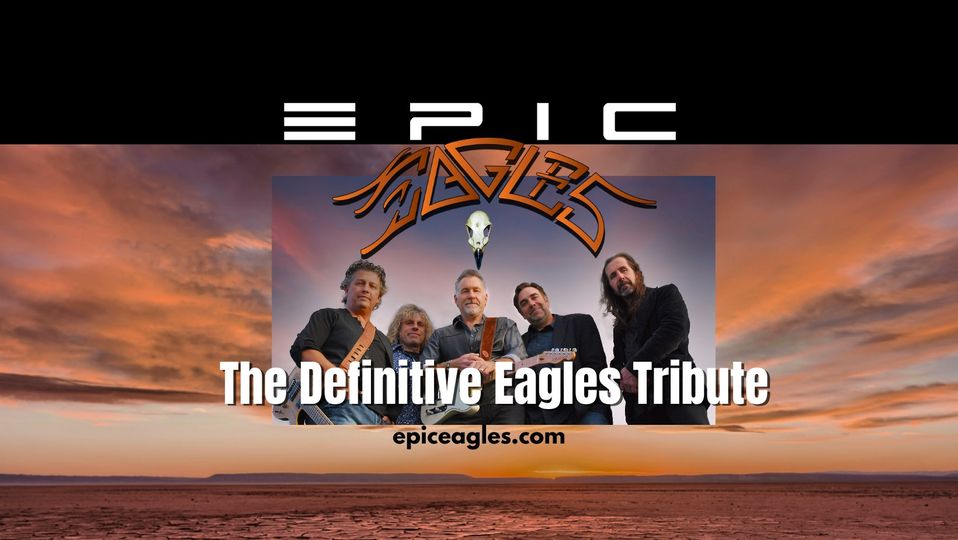 Epic Eagles Tribute
Five musicians who feel privileged to perform the timeless music of the Eagles and Don Henley (Solo).
EPIC EAGLES – Canada’s Definitive Eagles Tribute Band brings you back to the golden days of the legendary band the Eagles, all the way through to the present.
Featuring the voice of Dean Young at the helm as ‘Henley’ (former lead vocalist|drummer of the Eagles Tribute Hotel California) alongside lead/backing vocalists and multi-instrumentalists Mike Alonzo, Jeff Salem, Dan Bohemier and some of Canada’s most in demand musicians covering Glenn Frey | Timothy B Schmit | Randy Meisner | Joe Walsh.
Audiences are treated to the legacy sound of the Eagles when they began to rule the airwaves:
Hotel California, One of These Nights, Life in the Fast Lane, Desperado, Take It Easy, The Boys of Summer, New Kid in Town, Dirty Laundry and more.
EPIC EAGLES performs these and other chart toppers, along with some deep cuts for the die-hard Eagles & Don Henley fans.
Experience & relive an era gone by…as it continues into the next millennium. You are about to soar high with EPIC EAGLES!