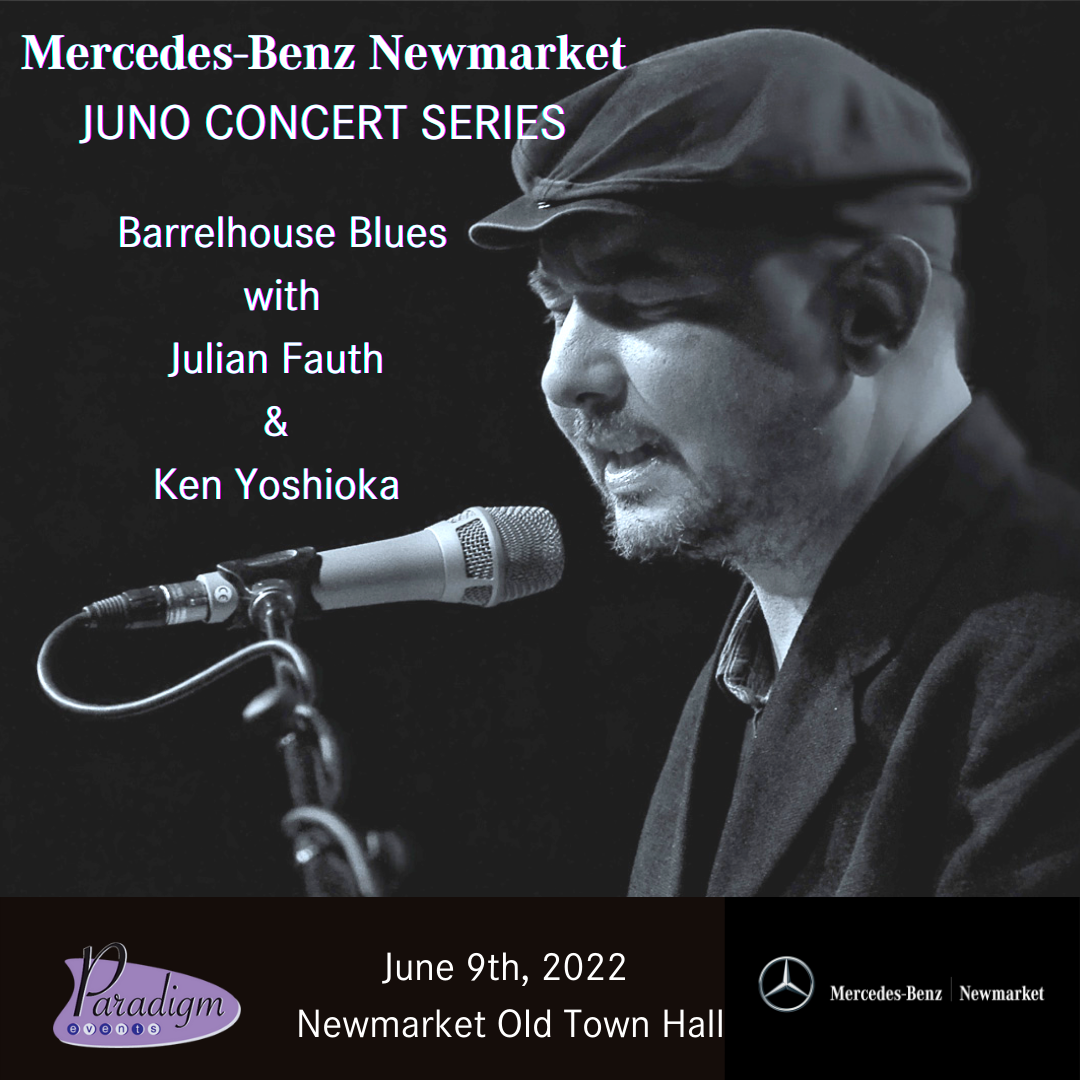 Join us for an exclusive concert series in the Old Town Hall in Newmarket, Ontario. On June 9, 2022will kick off the concert series with an evening of blues hits by Juno Award winning Artist Julian Fauth and Ken Yoshioka. Doors open at 6 00 PM. Two sets of musical performances will commence at 7:15 PM. A cash bar and gourmet food offerings by Feed me Fine Foods will be available for the duration of the evening.

Tickets are now available on sale!

Description of Artist
Over the years since, Julian and his band has played in places as diverse as Chicago and Detroit, Moscow and Volgograd and Veradero, Cuba. Julian has played with some of Toronto’s finest blues musicians including David Rotundo, Paul Reddick, Michael Pickett, Brian Blain and Rick Zollkower. Julian Fauth has become a soulful singer-songwriter and barrelhouse piano player working in the tradition of pre-war acoustic blues. He’s a rustic, energetic honky-tonk piano player; a two-fisted barrelhouse piano player who swings as well as he boogies. Julian Fauth with Ken Yoshioka who is a well known Harmonica player in Toronto is a sideman player with many great acts. Ken has been working most oftenly with Julian moreover, he is a great songwriter too and a recording artist in his own right.
Julian Fauth won a JUNO in 2009 for Blues Album of the Year.