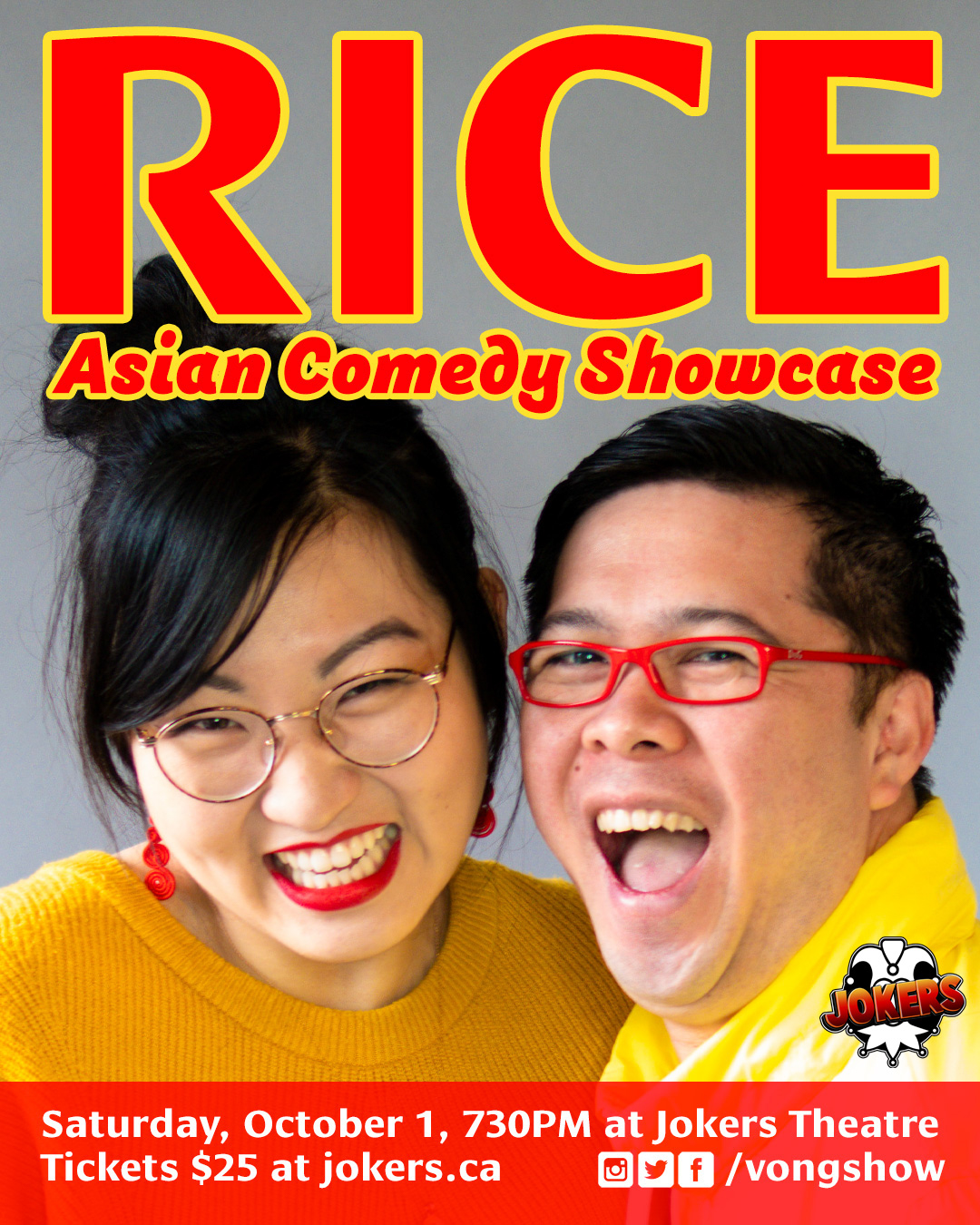 Canada’s first-ever and wildly popular all-East Asian comedy revue comes to Jokers Theatre and Comedy Club. Consistently playing to sold out audiences in downtown Toronto for two years prior to the pandemic, RICE relaunches in Richmond Hill by popular demand in the location most requested by our biggest supporters.

“…RICE was a phenomenal show. Diverse, inclusive, tightly run and – most important – very, very funny. In the words of goddess Sandra Oh, it truly is an  honour to be Asian.”

Tickets are available at https://jokers.ca/rice-asian-comedy