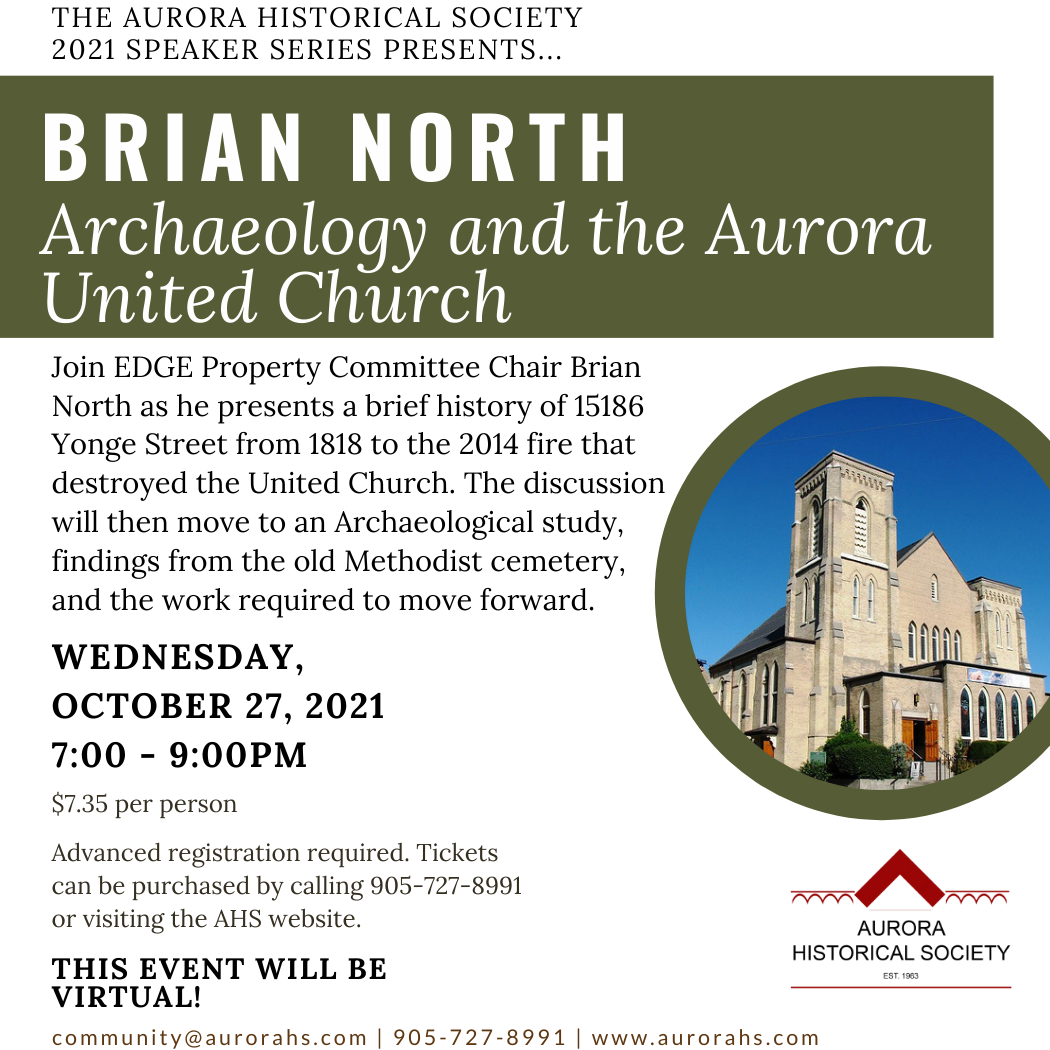 The Aurora United Church has a long and distinguished history. Founded in 1818 the United Church was a gathering place for many residents of Aurora. Over the years the church experienced a number of fires and other setbacks, but none like the fire of April 11, 2014 when the building along with most of its contents were destroyed by fire.

After the fire, the land was surveyed and it was discovered that a forgotten and decommissioned Methodist cemetery existed on the grounds. It was common, historically, for many churches to have a cemetery on site. And while, at the time of being decommissioned in 1888 a call went out to the community for people to claim their loved ones and have them relocated, a number of the deceased were not claimed and remained on the site.

In this presentation Brian North will discuss the history of the Aurora United Church as well as the extensive preparations and archaeological work done in the process of preparing the inhabitants of the old cemetery to be relocated to Aurora’s current cemetery.