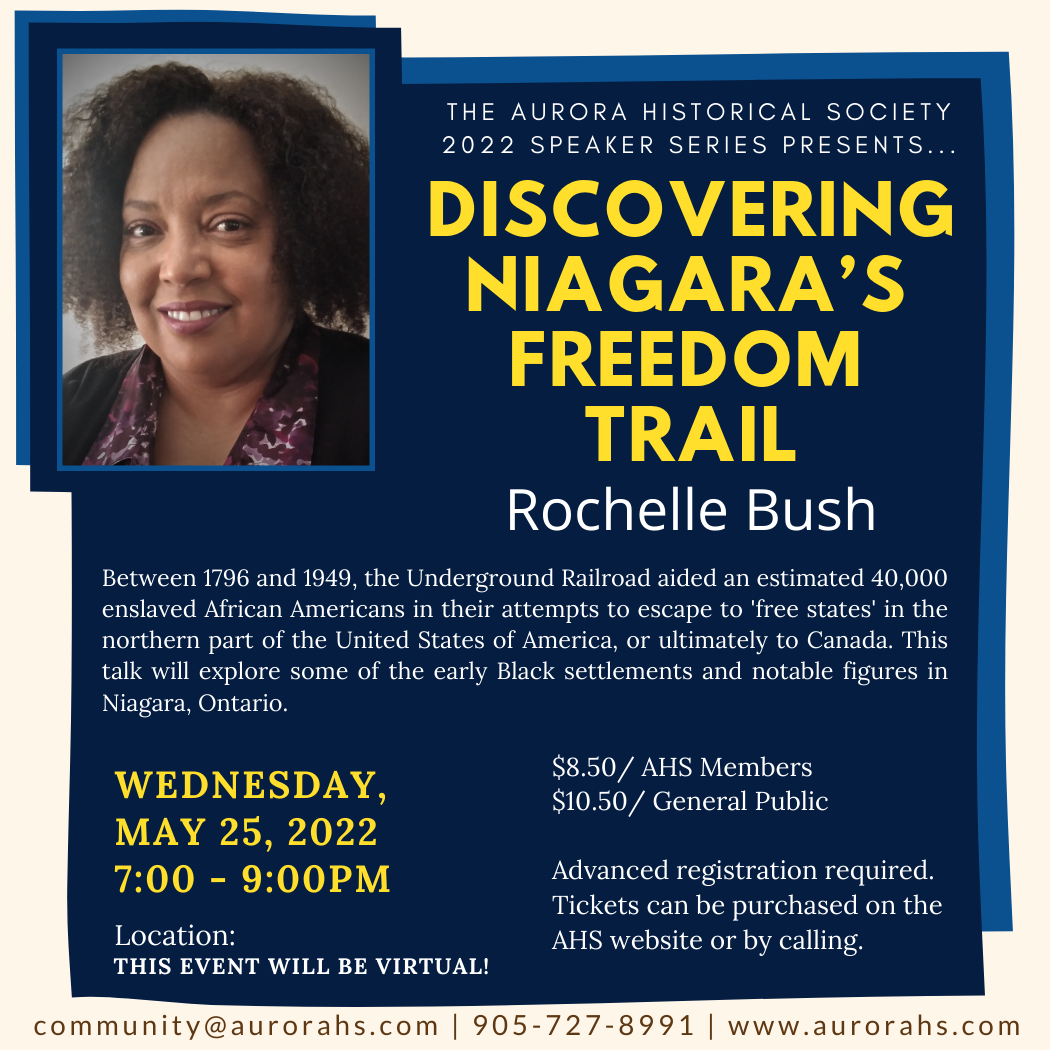 Between 1796 and 1949, the Underground Railroad aided an estimated 40,000 enslaved African Americans in their attempts to escape to ‘free states’ in the northern part of the United States of America, or ultimately to Canada. This talk will explore some of the early Black settlements and notable figures in Niagara, Ontario.