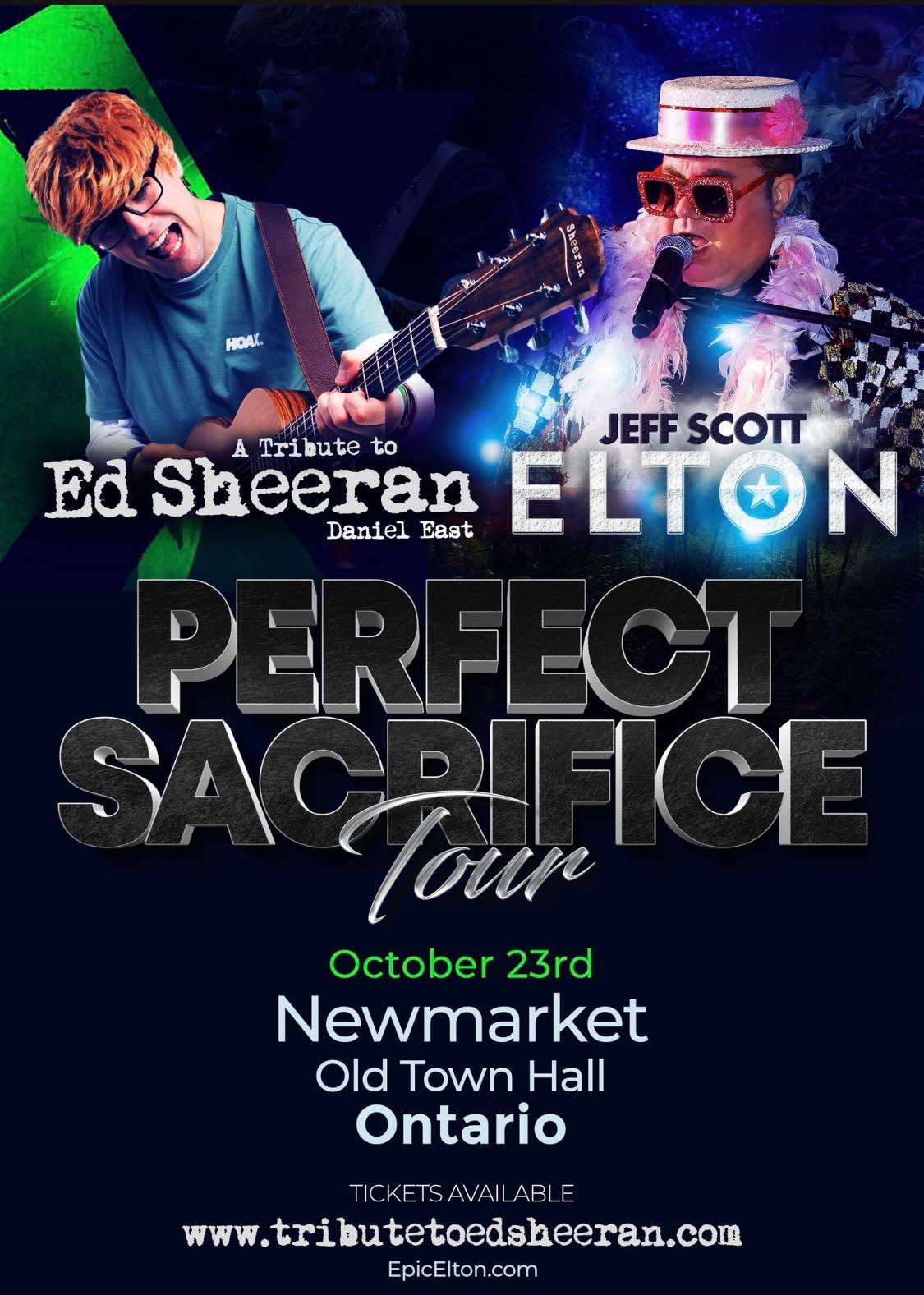 Which is a more appropriate song to celebrate all we’ve survived in the past year and a half: I’m Still Standing by Elton John, or Sing by Ed Sheeran? Why not both?

Tribute to Ed Sheeran (Daniel East from the UK) and Epic Elton (Jeff Scott from Toronto) are coming to Newmarket Old Town Hall for a night of music and celebration, and you’re invited.
”Live entertainment was the first thing to shut down due to the pandemic, and so bringing it back is a huge part of feeling ‘back to normal.’ We want to create a fun, family-filled night of entertainment and have worked tirelessly over the last several months to make this tour happen,” says producer Forrest Jones from Countryfest Productions.

“We know its not really Ed Sheeran and Elton John, but Daniel East and Jeff Scott are both exceptionally talented men singing and performing with the nuances of the men they replicate. Sometimes we need to just get lost in ourselves, sing like fools at the top of our lungs and let our hair down — we really haven’t been able to do that. This is a chance to bring that joy back.”