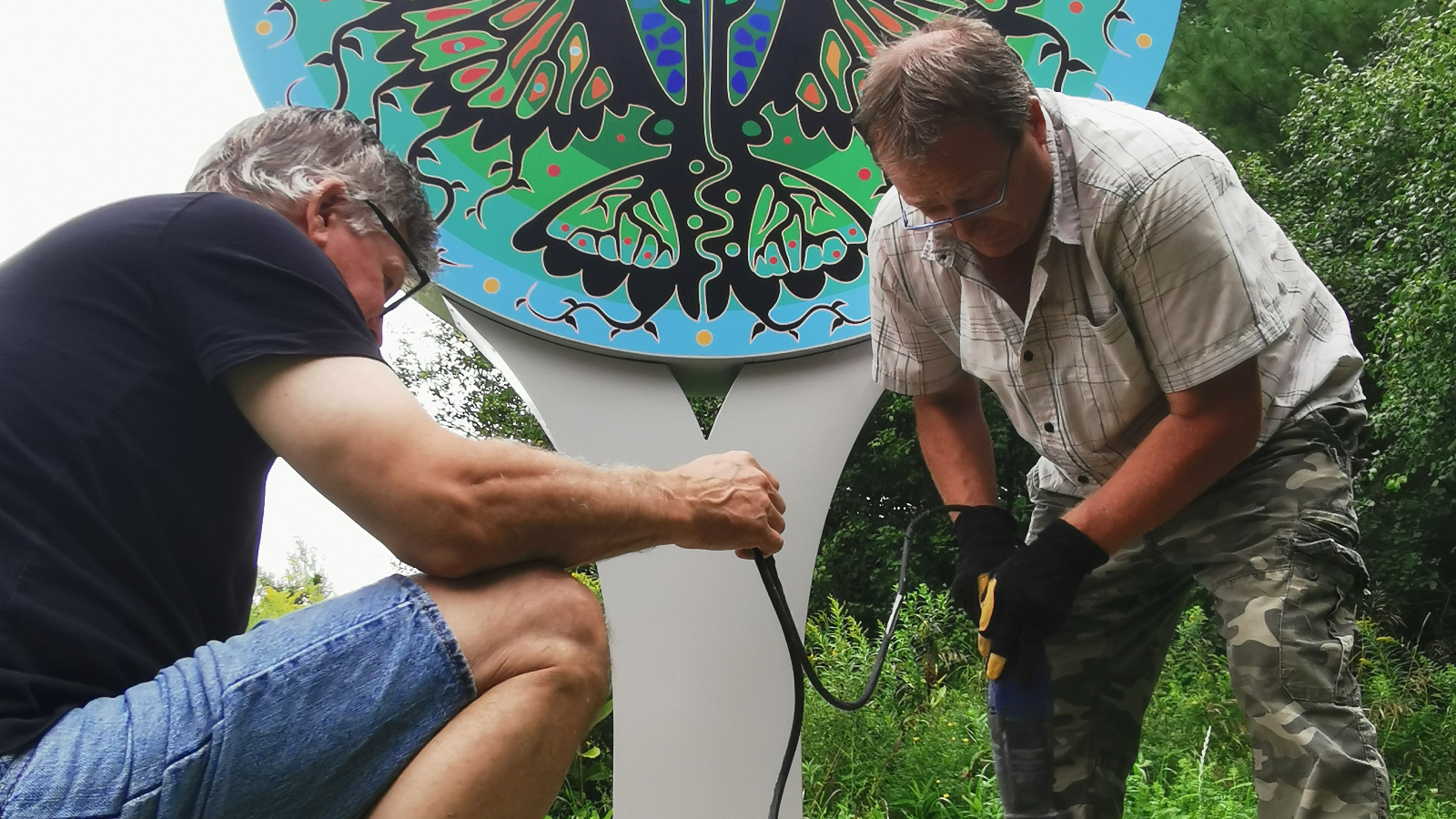 Humming along – A crew from FastSigns of Markham & Richmond Hill works to secure one of the new Trail Markers at the Kortright Centre for Conservation in Vaughan. Two new trail markers will be unveiled tomorrow – one in Georgina and the other at the Kortright.

The York Region Arts Council has announced the third and fourth installments of The Experience Trail Marker Project.

Tomorrow, September 13, the new, larger-than-lifesize markers, depicting The Moth and The Hummingbird, will be unveiled at the The Link in Georgina at 10am and Kortright Centre in Vaughan at 1:30pm respectively. The public is invited to join the unveiling and meet the artist Don Chretien.

Designed by Mr. Chretien with cultural narrative by Ojibwe Elder Shelley Charles of Georgina Island First Nation, the huge trail markers are part of a collaborative interactive art project designed to re-connect people on the land presently known as York Region through art.

“Focused on the legend of the seedspreaders and the pollinators, the trail markers are life-size, interactive designs that invite you to become part of the work,” said Mr. Chretien. “I hope people will capture it with a selfie and become a modern-day pollinator by sharing it with their community online.”

Commissioned by the York Region Arts Council, under the direction of program curator Monica del Rio Pain, Mr. Chretien’s series encompasses his Ojibwe learnings of the Medicine Wheel and celebrates the seed spreaders and pollinators of Mother Earth.

“The Experience Trail is all about re-connecting people through York Region’s diverse attractions,” Ms. Pain said. “We want to create an experience that celebrates all there is to do across the region and encourage art as a way to share and connect these experiences with each other in a safe way.”

The first two markers – at the King Museum & Cultural Centre and Aurora Town Park – unveiled on Indigenous Peoples Day in June – were designed to provide people the opportunity to be part of the art, be part of the story and to re-connect with York Region through photos, art and storytelling.

“This trail marker is a wonderful addition to the Link,” said Georgina Mayor Margaret Quirk. “We welcome the Experience Trail Marker project to our community, and embrace the idea of using the trail markers to spread positive messages throughout Georgina and the region. We proudly support the role of the Indigenous artists who created the markers. The Chippewas of Georgina Island First Nation are our close neighbour and friend, and we value our close relationship.” 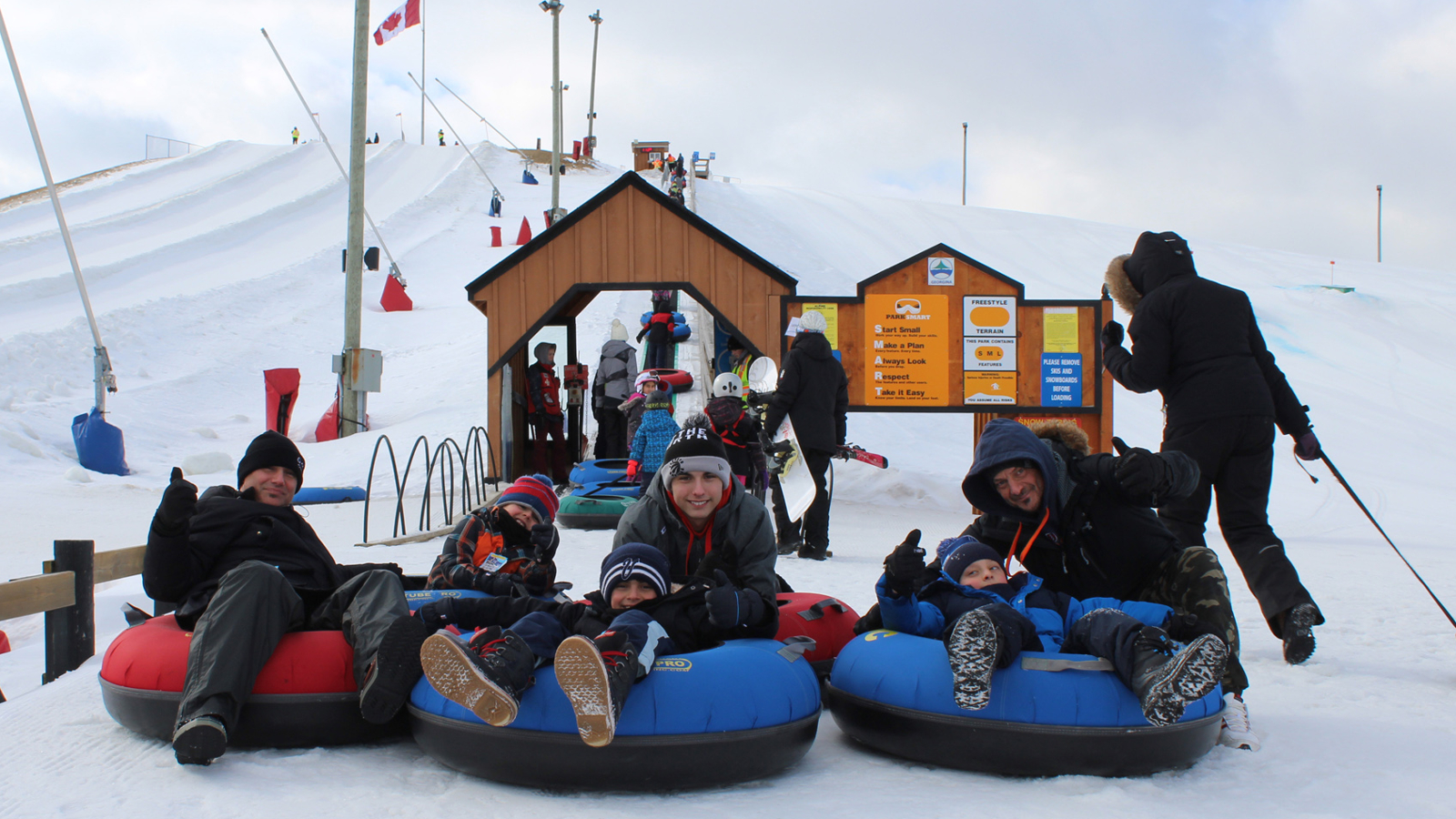 Welcome to Day 10 of our annual 12 Days of Giving presented by the York Region Arts Council and experienceyorkregion.com. Today we’re giving away a $100 gift certificate to Georgina’s… 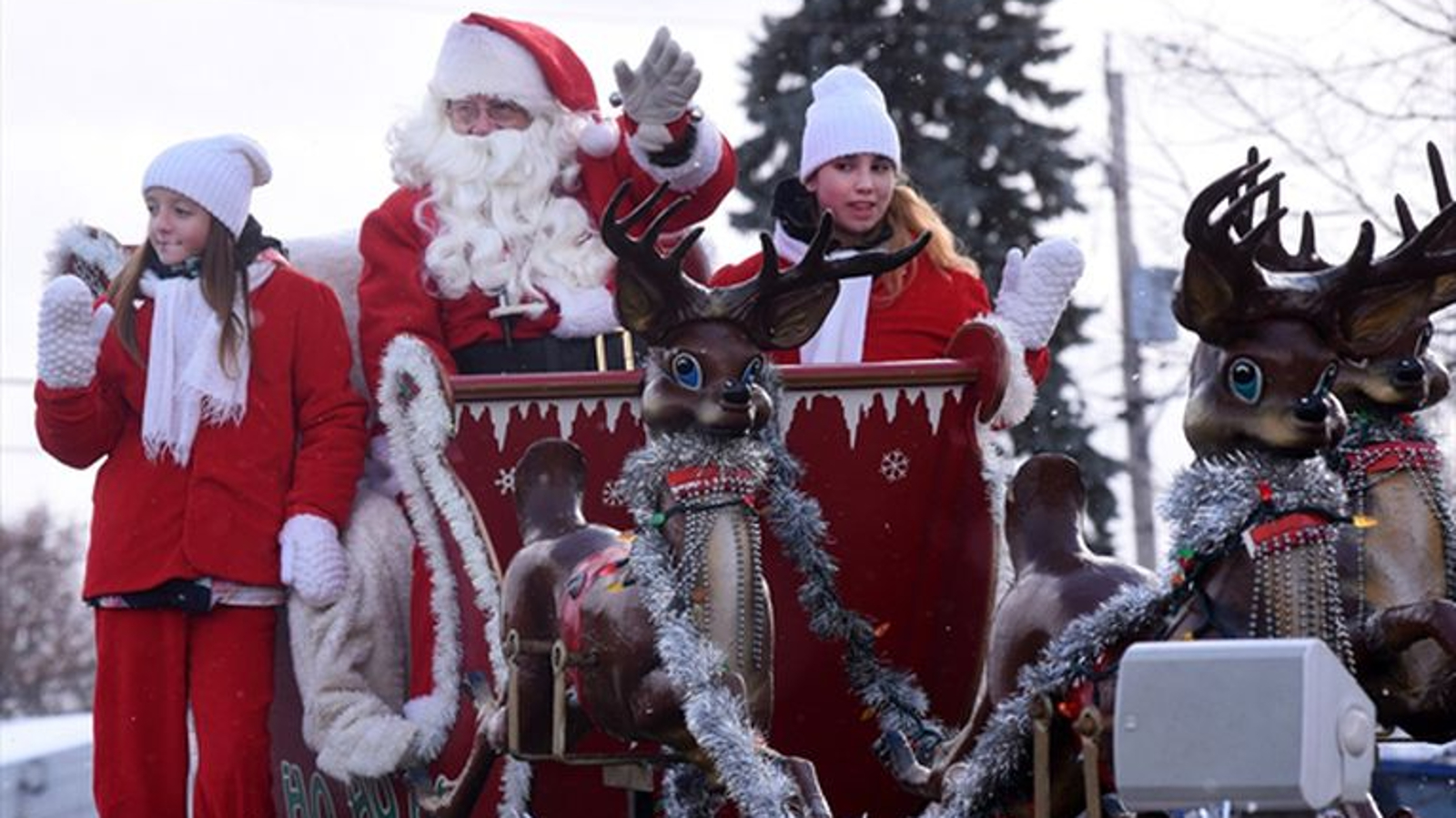 Santa Claus kicks off parade season this Saturday in Keswick

It's that time of year. The jolly man who lives at the North Pole will be visiting children of all ages across York Region over the next few weeks as… 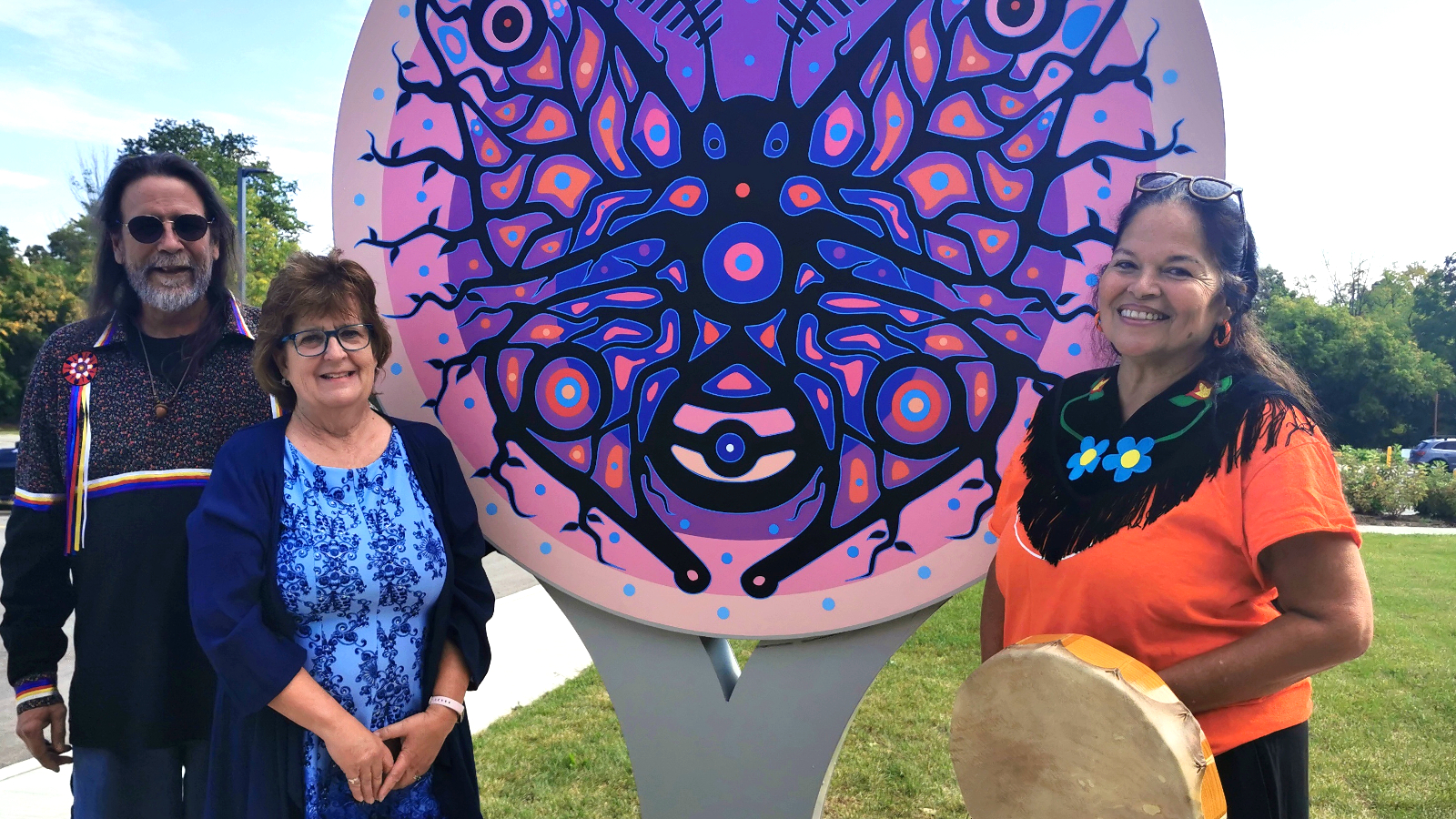 Mayor Quirk unveils The Moth at The Links in Georgina